Confessions of an Innocent Man 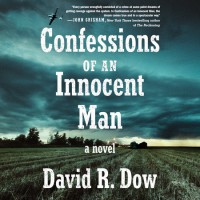 While I wouldn't necessarily classify this one as a thriller, it certainly grabbed hold and held me in its clutches. I'll admit that I was a bit confused about the shape of the story when I started, but the more I read, the more I wanted to read. We've all heard the stories about a person serving years on death row or even being executed when new evidence is found to refute their guilt. Confessions of an Innocent Man takes that a step further - okay, maybe a mile further with a revenge plot that is nothing short of meticulous in its detail. But first, we get Rafael's story, what brought him to death row and the revenge he so desperately needed. Now, here's where my earlier mentioned confusion came in. Rafael is an interesting character, but I kept wondering where it was all going. Nevertheless, even if I had never gotten to what I thought was coming from reading the blurb, I still enjoyed Rafael's story, his early days with the love of his life, his anguish over losing her, his bitter fury when he's found guilty, and finally, his coming to grips with his circumstances as he tries to figure out the world of death row for an inmate. In the end, I felt like the point to this story, the place it was all leading up to, was the man Rafael became after his release and how he decided to exact his revenge. Of course, the recipients of that revenge also make for some intriguing food for thought. The writing is compelling and the pacing is steady for most of the book. The story does lag somewhat in the second half, which is the only real criticism from me. So, while I didn't find the thriller I was looking for, I did find suspense and a gripping story. An excellent debut from David R Dow, and one that has put him on my radar.