The Killer in Me 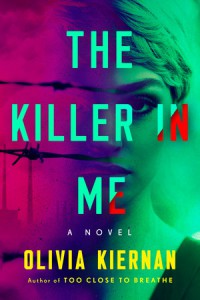 This second book featuring DCS Frankie Sheehan has a solid mystery and reads very much like an episode of CSI with the details about the crime scenes. In fact, the story includes plenty of detail about almost everything except our characters. On that front, I was hoping for something more. As it stands, the characters, including Frankie, lack enough personality to really get a feel for them, much less relate to them. As with any group of people who work closely together, I would expect some personal conversation, maybe some banter between friends, but there is a distinct lack of that here that gives the story a very straightforward and dispassionate atmosphere. On a positive note, the suspense is good with a murder mystery that isn't too easy to figure out. So, while I did like the murder mystery, the impersonal feel left me with a lack of connection to any of the characters, including Frankie.