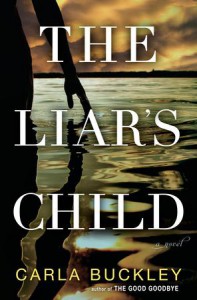 The Liar's Child was a middle of the road read for me. It definitely has its moments - the kids are spot on with their dialogue and actions, including a very sullen teen who desperately needs some parental guidance, and the prologue sets a suspenseful tone. However, that suspense is short-lived, especially since we don't get back to that character for quite some time. Once the hurricane hits, the pacing picks up, and there is some excitement as we wait to see who will get out of the danger zone, but it seems to take a very long time to get there. Other than the youngest child, I can't say that I particularly cared for any of these characters. Boon is a sweet six-year-old who has had more than his fair share of hard knocks, and it's impossible not to fall for this child. As for the rest, let's just say that I'm still wondering which character the title refers to because almost everyone else in this story is a liar of some kind, either by word or omission. As far as the promised thriller's pace from the blurb, I can't say that I found that here. It is certainly a domestic drama, and there is a murder, which is way too easy to figure out, but I would not call this one a thriller of any sort. I think I may have enjoyed it more had I not been expecting that thriller. That, and the less than satisfying conclusion. There were some things not addressed in the end that I wanted answers to, which led to some disappointment on my part. In the end, this one was just okay for me, an okay read, but not something I would read again.