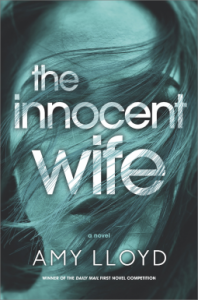 When I finished The Innocent Wife, I found myself wishing that I could rate it in sections. If that were the case, it would be rated in thirds with the first part earning a strong four-stars, two and a half for the middle, and three for the final third of the story. To explain, the beginning is quite gripping and pulled me in, especially with the letters and early visits between Samantha and Dennis. However, once Dennis is released from prison, the story slows to almost a crawl at times. There are some moments when the creep factor rises and I hoped the pace would pick up, but it didn't. Then, what could have been a truly heart-pounding conclusion is rushed to the point that it loses that thing that makes you hold your breath in anticipation. I didn't find any of the characters particularly likable, but for this story, it works. The author does have talent and this could easily have been a four or even five star read had she found a balance in the pacing.