Even better than the first 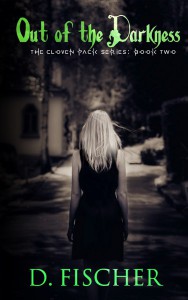 Book two in the Cloven pack series gives us some answers about Makenna's past and where she came from. In addition to that the sparks fly between Brenna and Ben. Brenna certainly handled things better than I would have. Ben's oblivion to what is right in front of him was quite infuriating and several times I wanted to shake him until his teeth rattled, but at the same time, I still liked him. The Cloven pack is very much a family and their banter and bickering is witty and fun. Especially Flint - I absolutely love Flint and his constant joviality. The story also has the building tension of pack enemies spoiling for a fight, be it in the open or of the sneaky sort, making for an exciting conclusion. Fischer has upped the game with this one, as it's even better than the first, and I'll be interested to see what's next for this endearing bunch of wolves.